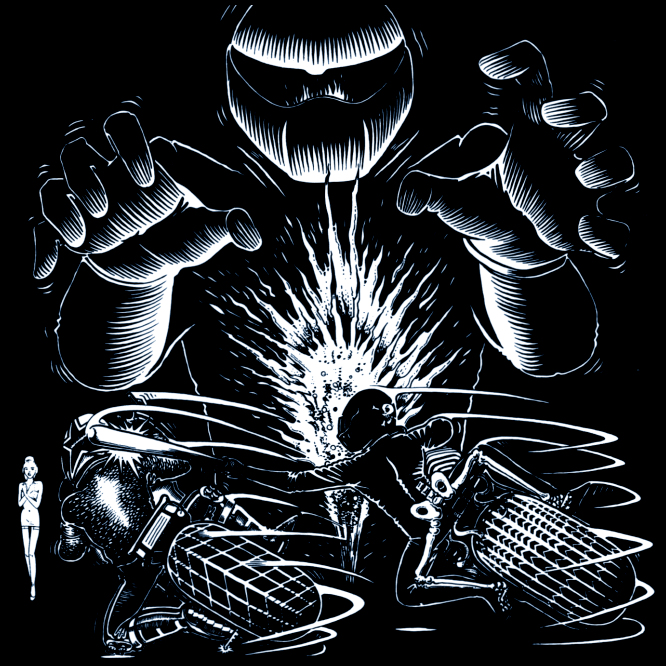 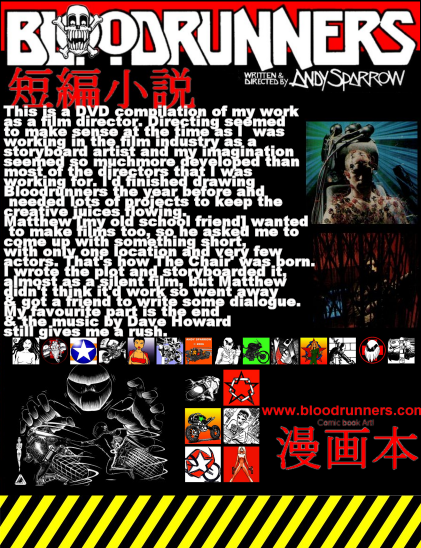 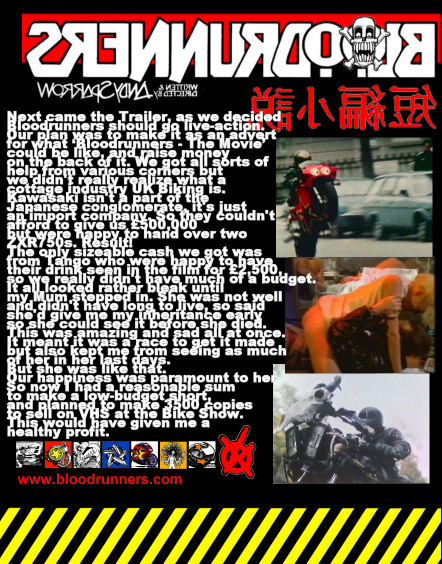 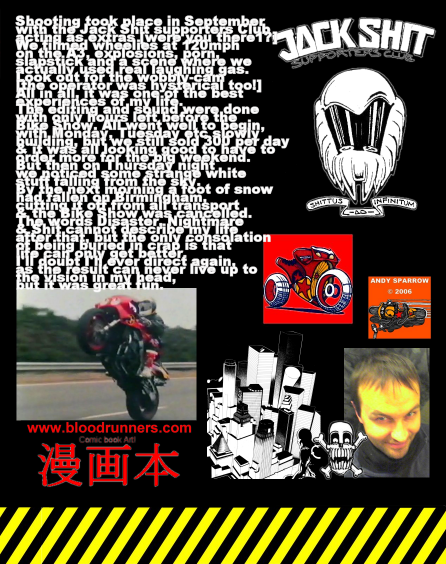 “After being sacked by Bike Magazine I decided to make Bloodrunners into a short film to sell on VHS at the Bike Show. Bloodrunners was at the height of its popularity and we could sell 5000 T-shirts and 1000 comic-book in the week, so why not sell 1000 VHSs at the Bike Show that year? All my friends worked in the film industry so we could gather a guerrilla crew in no time, and we had great fun making it. It now is on YouTube along with a few other films I directed.”